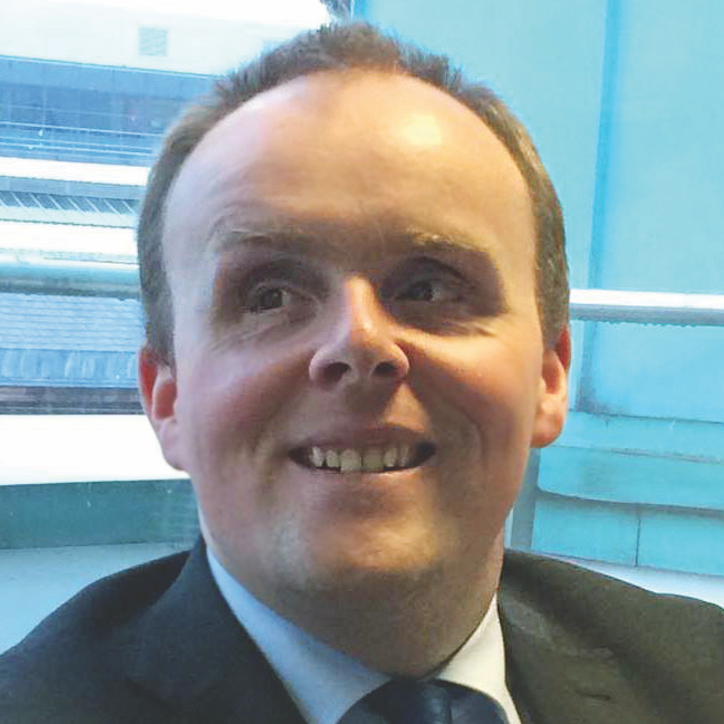 Winter can be a worrying time for asthma sufferers as damp air, pollution and more time spent indoors can exacerbate asthma symptoms, but improving air quality inside the home could help.

The statistics for asthma are enough to give anyone cause for concern. In Ireland, an estimated 470,000 people suffer from the condition – roughly 10 per cent of the population. In children, the incidences of asthma are even higher, at one in every five.

1 in 5 children in Ireland, suffers from asthma.

The prevalence of asthma also puts a considerable strain on the healthcare system and is responsible for 50,000 hospital admissions annually, a visit to Emergency Department every 26 minutes, and one fatality every week.

With the approach of winter, the number of asthma attacks will inevitably begin to rise.

“The climate in Ireland exacerbates the condition,” says Kevin Kelly, advocacy and communications manager at the Asthma Society of Ireland. “It’s the cold, damp weather. We’re pretty much on a par with Scotland and the rest of the UK in that regard.”

Cold air is one of the biggest triggers for asthma because it causes the airways to spasm.

Cold air is one of the biggest triggers for asthma because it causes the airways to spasm, resulting in symptoms such as coughing, wheezing, tightness in the chest and a shortness of breath.

Winter also brings with it the presence of more particle matter in the air, which comes from burning solid fuel, such as coal, wood and peat.

“Open fires can be very dangerous for people with asthma because the particles get trapped in the lungs and trigger an attack,” says Kelly. “Even after the fire is extinguished, particles remain in the air for hours in the home.” The air quality in rural areas is particularly affected by large numbers of people burning solid fuel.

The Asthma Society of Ireland feels the air quality in rural areas would improve if the Government keeps to their promise of a nationwide smoky coal ban by autumn 2018. In larger towns and cities, air pollution is more likely to be the result of nitrogen dioxide levels present in diesel emissions.

“Short car journeys are the worst offenders in terms of pollution. Diesel engines fitted with a filter need longer journeys for the technology to work effectively,” Kelly explains.

Winter also sees an increase in the amount of time that people spend indoors.

In addition to open fires, indoor air quality can be affected by a wide range of factors such as cigarette smoke, animal dander, perfumes and deodorants. Even household cooking can trigger symptoms of asthma due to a combination of smoke and gases released from food cooking.

The Asthma Society of Ireland recently commissioned a report in association with Envirion and NuWave on Asthma and Indoor Air Quality, exploring the connection between the air particles found inside the homes and the onset of asthma symptoms.

How to prevent asthmatic conditions

It also looked at the strategies that can be implemented to help manage the condition and found that effective air circulation was among the most important factors.

“Make sure the home is well ventilated by opening windows to reduce the risk of damp developing, which can worsen symptoms,” says Kelly, who also advises asthma sufferers not to dry clothes indoors as that can increase the moisture in the air by as much as 30 per cent.

“Damp can cause mould to develop, which releases spores into the atmosphere and gets into the airways,” he says.

Other ways for improving indoor air quality include:

In the Asthma Society’s study, air monitors were installed in sufferers’ homes to measure the number and types of particles in each room that could trigger an attack, while air purification filters were introduced for a period of six weeks to assess the improvement in air quality.

Every asthma management plan should have one.

Professor John Sodeau who authored the report concluded that air filtration systems were “a real help” in improving air quality and that “every asthma management plan should have one.”

Kevin Kelly agrees. “The CliniAir units are portable and can be moved around from room to room to purify the air in about 60 minutes and as our study shows that they significantly reduce particle matter found in the air.”

While there is much about modern life that requires a larger response from society if the incidences of asthma are to be reduced, the air quality inside our homes is something we have a large amount of control over.

“Indoor air quality can be managed,” says Kelly. “There is a lot that can be done to reduce the risk of asthma symptoms as well as an attack.”