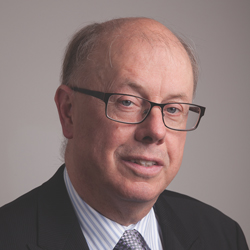 Respiratory ill-health is all too familiar in Ireland. Through a brief overview of the state of the nation and professional consultation it’s time to see the value in education for prevention.

Poor respiratory health is linked to a number of lifestyle and environmental factors. With recent reports from the WHO calling on Ireland to improve their air quality standards1 and obesity levels set to reach the highest in Europe2 within the decade, it could mean bad news for respiratory health levels. Conversley, according to data released by the European Commission, smoking rates are falling faster in Ireland than any other EU country. Professor Tim McDonnell, Consultant Respiratory Physician discusses our respiratory health and what we can do about it.

COPD is an often-lesser known chronic lung disease caused by narrowing of the airways which affects around 440,000 people in Ireland – only half of which are diagnosed.  Like many medical issues there is a strong social and economic cost as  “each COPD admission costs €4,500-€6,000,” says McDonnell. “Improving awareness of the problem is crucial to patient understanding and early treatment.”

Ireland has one of the highest rates of asthma (per capita) in the world and it is the most chronic disease affecting children. Asthma is also the most common chronic respiratory disease in adults in Ireland, with 450,000 people with doctor-diagnosed asthma3. “[After cancer] COPD and asthma are the principle illnesses leading to mortality… Raising awareness for the correct use of preventative medication is crucial to improving these rates,” says McDonnell.

Although, in recent years, cases of lung cancer have been declining in men, the disease is increasing among women. Around 2,300 Irish people are diagnosed with lung cancer every year, with nine out of ten caused by smoking4. “Lung cancer is the biggest killer – early detection and early intervention are crucial to improving mortality rates,” says McDonnell.

Sleep Apnoea is a lesser-known respiratory disorder where you stop breathing for a short period during sleep, often due to temporary obstruction of the airways. Dr Elaine Purcell, Sleep Clinic in the Mater Private Hospital says: “the overall incidence is 1 in 20,” but respiratory specialists believe up to 90 per cent of sleep apnoea in adults and children goes undiagnosed. (Purcell, 2013)

Having worked on developing care and services to treat COPD and general respiratory work at St Vincent’s University Hospital, Professor Tim McDonnell has an important and valuable insight into respiratory health and COPD in Ireland.

Education in the form of social awareness campaigns have been huge in getting patients aware of the problem.

Often, one of the key elements to improving the success rate of treatments is “early presentation and diagnosis in primary care,” says McDonnell. Identification of symptoms and early consultation with your GP can significantly improve the impact and type of treatment you receive.

“Education is pivotal to prevent the disease [where possible], is pivotal to ensure the patient is diagnosed early and for patient compliance” says McDonnell. Education in the form of social awareness campaigns such as the ‘Save Your Breath Campaign’ and the impact of advocacy groups have been “huge in getting patients aware of the problem”.

Educating patients about the alternatives to smoking, the resources available (i.e. telephone helpline for COPD) and emphasis on the “overwhelmingly positive impact of exercise on respiratory health” are crucial for the nation’s respiratory health according to McDonnell.  Predictions indicate that by 2020, 20 per cent of adults are forecast to have COPD alone. Although not totally representative, this is a rise that highlights the need for both health education and individual action.

If you want to learn more about COPD, visit copd.ie