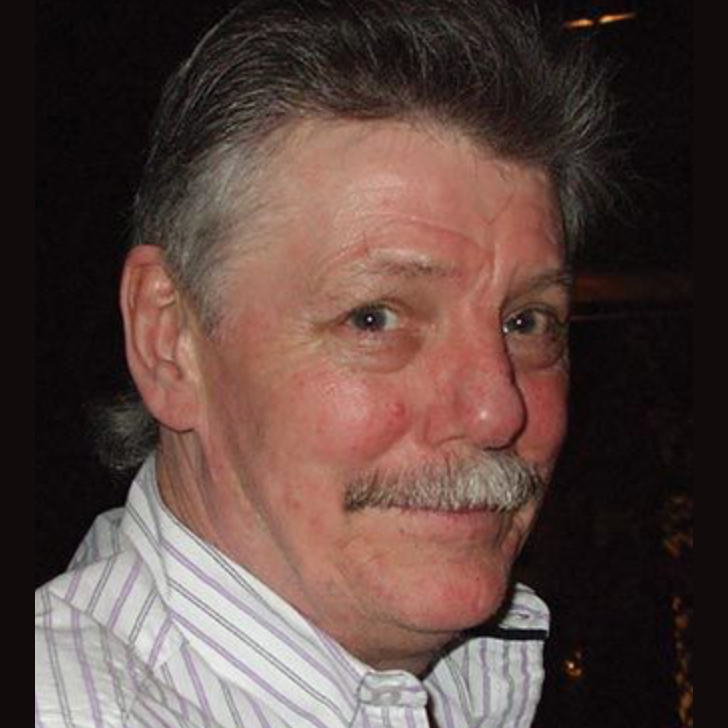 Dublin born and bred ex-firefighter Rory Mooney has survived two cases of lung cancer and a stroke. With the loving support of his wife Marion, Rory continues to live by the mantra ‘cancer is a word, not a sentence’.

Let’s talk about the man before the illness: “a p*** artist chimney” Rory joked. Although a heavy smoker in his earlier years, Rory had not smoked for eight years before his first diagnosis and was an active man. Having grown up in Dublin, playing rugby in his younger years and committing 31 years to the Dublin Fire Brigade, Rory was no slouch. Over 31 years in the service, Rory had seen it all from ‘cradle to grave’ – in an unpredicatable, dangerous job that he loved.

“You never know what you’re going to get.”

In 2003, Rory married Marion in Belarus, having previously spent time volunteering in areas affected by the Chenobyl disaster – they shared a loving marriage.  It was only after they returned from Rory’s daughter’s 18th in New York that ill health presented itself when Marion noticed Rory holding his chest. Despite his efforts to ignore the pain, Rory recalls being given two options. “You’re either getting the car or getting the ambulance,” Marion reasoned with him. “So I took the car” he said.

Rory was sent home from hospital initially but the next day he was called back in. He was diagnosed with primary cancer of the left lung. “We hadn’t been married for a year before the diagnosis” back in 2008.

After surgery and two rounds of chemotherapy, Rory was given the all clear and continued work as a firefighter.

Early detection of the cancer was crucial to Rory’s survival: around 70 per cent of lung cancer patients will survive for at least a year if diagnosed at the earliest stage, compared to around 14 per cent for people diagnosed with the most advanced stage of disease1.

For nine years, his health was good, but in March 2016 he suffered a stroke getting out of bed. Four weeks later, a CT scan proved not only this but that he had a second cancer in the right lung. When asked how this double diagnosis felt Rory replied “… well I’m not going to buy a lottery ticket this week then”.

“Around 70% of lung cancer patients will survive for at least a year if diagnosed at early stage, compared to 14% for people diagnosed late.”

Unfortunately, this lead to Rory’s retirement from the Dublin Fire Brigade. Instead he chose to “take a walk in the sunshine”. Despite a reduced lung capacity of 62 per cent, with the help of his wife Marion, Rory is able to continue his commitment to the Leinster rugby team, play golf and volunteer at the Dublin Fire Brigade Museum.

Early diagnosis and a strong support network has allowed Rory a quality of life that he otherwise may have missed.

Support is crucial for recovery, as proven with Rory’s thanks to his wife – who is now his full-time carer – and the on-going bond with the Dublin Fire Brigade. His advice is to put out the cigarettes and heed the advice of loved ones and experts before it’s too late.

“The worst thing you can do is nothing. Listen to your body, listen to the doctors… Then just get on with it.”