Protect yourself with the pneumococcal vaccination if you are ‘at rick’ of pneumococcal infection. This can cause which can cause fatal diseases such as sepsis and meningitis 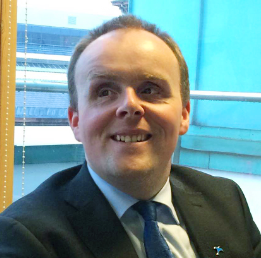 Advocacy & Communications Manager at the Asthma Society of Ireland

“Not enough people understand the dangers of pneumococcal disease”. – Kevin Kelly, Advocacy & Communications Manager at the Asthma Society of Ireland.

Yet it’s essential they do. Streptococcus pneumoniae bacteria (pneumococcus) can cause potentially fatal diseases including meningitis, sepsis, pneumonia and inflammation of the heart. This makes it that leading cause of death worldwide.

37 people a year lose their life in Ireland because of Invasive pneumococcal disease.

We require better protection against pneumonia

Statistics from the HSE Immunisation Office show that a lot of people carry the bug in their nose and throat. While this does not do harm, some who become actively infected in the lungs developing pneumonia, or meningitis. For some the infection can be so severe that people die.

37 people a year lose their in Ireland life because of Invasive pneumococcal disease (IPD). “Unfortunately we haven’t seen any data to suggest that public awareness of pneumococcal infection is increasing,” says Kelly.

Those with a known weakened immune system are recommended the pneumococcal PPV23 vaccine. You can receive this vaccine from the age of 2 years.

Everyone aged 65 years or older, or defined as being in an ‘at risk’ group for pneumococcal disease, is eligible to receive the pneumococcal vaccine PPV23.

Adults in ‘at risk’ groups include those with long-term health conditions including diabetes, chronic heart, lung, kidney or liver disease, and people who have occupational exposure to metal fumes, such a welders.

Other ‘at risk’ groups include those with cochlear implants, people with Down syndrome and those without a spleen or with a non-functioning spleen. The HSE provides the pneumococcal PPV23 vaccine free for all those in the recommended groups through their GP.

There is also no vaccine administration charge for those in the recommended groups who have Medical/Doctor Only Card.

Both vaccines are given as an intramuscular injection.

It’s an effective prevention too. Figures from the HSE show that PCV protects against up to 80% of pneumococcal bacteria that cause IPD; while one study noted that PPV23 was 85% to 90% effective in preventing IPD in adults.

Ireland has the fourth highest prevalence of asthma in the world. 470,000 people have the condition and more than 60% do not have it under control.

The Asthma Society of Ireland recommends that people with asthma should therefore consult their healthcare professionals. They should receive the pneumococcal vaccine if it is felt appropriate.

“That’s particularly true of those who have asthma and who are over 65. Or those who have moderate to severe asthma who may be hospitalised regularly as a result of their condition.”

Ireland has the fourth highest prevalence of asthma in the world

“While it won’t be necessary or appropriate for all people with asthma to receive the flu injection and the pneumococcal vaccine, you should consult your GP about the possibility of receiving both, because of the potential for flu to develop into pneumonia.”