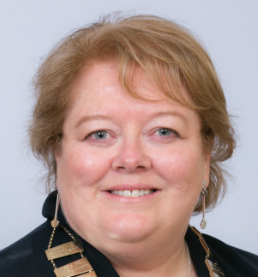 President of the Irish Medical Organisation

In Ireland, the HPV vaccination is available free to girls — but because of its association with head and neck cancers, is there an argument that it should be offered free to boys, too?

The human papillomavirus — or HPV — is spread during sexual contact and is known to cause cervical cancer. The optimum time to be immunised for HPV is before a person becomes sexually active, which is why a free vaccination programme has been ongoing in Ireland for all adolescent girls since 2010.

So is there a case that a universal vaccine should be made available in order to protect boys from the virus, too?

Boys are at risk of HPV-linked cancers too

“Many people believe so”, says Dr. Ann Hogan, President of the Irish Medical Organisation. “The HPV vaccination programme was introduced for girls only to protect girls from cancer of the cervix. It was believed that high uptake of the vaccine in girls would reduce the spread of the virus within the community.”

The trouble is, in Ireland, reduced numbers of girls are coming forward to be vaccinated – down from over 80 per cent to around 50 per cent – which means that sexually active boys are less likely to be protected from HPV transmission.

In some countries, the vaccine is already offered to adolescent boys. In Australia, for example, the HPV programme was extended in 2013. So can Hogan see Ireland following suit?

“I think we probably will,” she says. “It is predicted that oropharyngeal cancer will become as common as cervical cancer within the foreseeable future. In that situation I think it will be hard to not offer the vaccine to boys.”