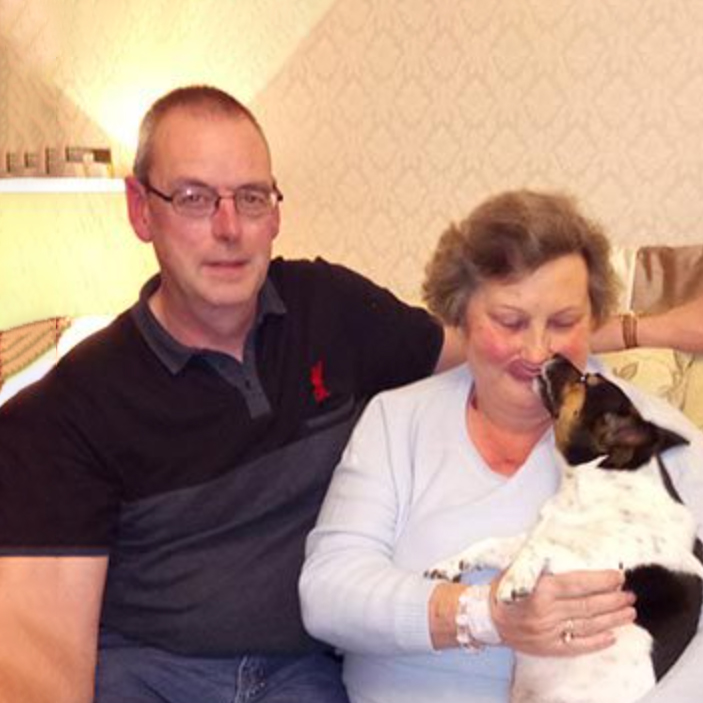 Breathlessness, chest infections and a chronic cough forced Bernie’s early retirement from Aer Lingus. But she never suspected it would be COPD.

Bernie Leonard was 53 years of age when she was diagnosed with Chronic Obstructive Pulmonary Disease (COPD).

For the former Aer Lingus worker and non-smoker, the diagnosis was a shock. Bernie, from Dublin, had suffered from bad health for years with breathlessness, chest infections and a chronic cough.

Her illness forced her to retire early from the job she’d worked at for 31 years.

I knew my symptoms were serious.

“I haven’t ever smoked and to find out I had COPD was strange as most with the condition have smoked. “But I also knew my symptoms were serious. Finding out it was COPD meant I finally had a name for my suffering when I found out it was COPD. There was an umbrella term for how I was feeling.”

Bernie’s life was busy before her health started to demise in her late 40s. A keen walker, she would exercise daily.

As her condition deteriorated however, so too did her quality of life.

“I had to retire from my job in Aer Lingus after 31 years at the age of 49. I was an extremely active person. I’d walk every day and got by on an inhaler. From mild asthma to someone who was housebound and unable to even bend down.”

I was housebound and unable to bend down.

Bernie decided to find out more about COPD and why it was so debilitating and isolating for those with the condition. She joined a COPD Support Ireland group in Whitehall and discovered Siel Bleu, a group who organise exercise classes for sufferers of COPD.

Support from others around COPD

“I learned two things from making that change: one, there are so many others like me out there who can offer support and help; and two, people with COPD can exercise, no matter what you might think,” she said. “You have to start with baby steps and even if you can only walk for a minute, you might walk for a minute more the next day and more the day after and so on.

Work together, walk together.

“This year’s World COPD Week means so much to me because there are so many of us in Ireland who want to help others learn about the condition and how we can all help each other and focus on the positives.

COPD can be tough but there is strength in numbers and information is powerful. People can reach out to COPD Support Ireland, join our support groups and get involved. Together we can make the conversation about COPD a powerful one. Work together, walk together.”