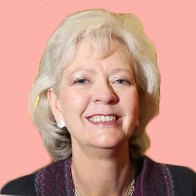 Chickenpox is usually a self-limited condition that resolves itself within a matter of days. Yet complications can arise, so parents should be alert to more concerning symptoms.

For most children, chickenpox is an unpleasant but relatively harmless experience. Usually, infected children develop a fever and a characteristic rash, which appears as scattered small, raised, itchy, pink or red spots. These evolve into small blisters with first clear, and then opaque, fluid. The blisters break down with the spots becoming dry and crusty.

The rash usually starts around the head and neck with new crops of spots appearing every few days, progressing down the body to involve the hands and feet. Sometimes people may first notice the rash on the back or tummy. The spots – or ‘pox’ – can even appear in the ears, eyelids, and inside the mouth. This sequence usually lasts five to ten days with the person making a full recovery.

Chickenpox is the result of an individual’s first encounter with the Varicella Zoster virus. Shingles, caused by the same virus, is the result of virus reactivation within the individual. In general, those who have had chickenpox will not get chickenpox again; but the virus stays in their system, becomes dormant and, in certain situations, reactivates in the form of shingles.

Be aware of the complications of chickenpox

“For some children, chickenpox can develop into a more worrying condition,” says Professor Karina Butler. “Complications can arise from the chickenpox virus itself i.e. encephalitis, pneumonia and hepatitis. However, these rare complications generally only occur in those with an already weakened immune system,” she explains.

“In previously healthy children, the more common complications are due to secondary bacterial infections, arising because the skin has been breached. These include skin infection i.e. cellulitis, infections of the lymph glands and bone and joint infection. The chickenpox virus has also been recognised as a rare cause of stroke in children occurring not at the time of initial infection but during the months to follow.”

It’s important to be vigilant for signs of complications or secondary infection. For instance, if fever persists more than a few days or settles and then returns, or if spots are associated with spreading redness of the skin or become painful, or there is pain and swelling of a joint or limb, further examination will be required.

“Secondary infections may require antibiotics.” says Professor Butler. “But the best way to prevent complications from chickenpox is to prevent chickenpox itself, which is possible through vaccination.”

In the United States, a safe and effective vaccine to prevent chickenpox has been in routine use for children for over 20 years. Chickenpox and its complications are now rarely seen there. Its use in Europe varies by country.

In Ireland, a safe, licensed vaccination is only available privately and it is not yet part of the National schedule. “In an ideal world, with no logistical or cost constraints, all safe and effective vaccines would be available without barriers to access,” says Professor Butler.

“However, there are a number of criteria vaccines must meet to be considered for addition to the schedule. First, they must be known to be safe and effective, there must be a significant benefit to the population, and finally prioritisation, costs, and logistical issues must be considered. The National Immunisation Advisory Committee is currently reviewing these issues with respect to the chickenpox vaccine.”

Don’t trust everything you read online

Worryingly, in recent times, uptake of vaccinations generally— such as MMR and HPV vaccines — had fallen related to unfounded concerns and misinformation. Although the trend is now reversed, uptake has not reached the desired levels for maximum population protection. Professor Butler believes it’s important to direct parents to sound information about vaccine-preventable diseases and the real value of immunisation programmes.

“If I use google or see information on social media, I can’t always be sure of its validity without knowing the source of the information,” she says. “We have to highlight websites with good, reliable information that answers people’s questions,” Prof Butler told a delegation at Europaediatrics 2019 which was hosted by the Faculty of Paediatrics and took place in Dublin in June.

Ultimately, parents have to make their own decisions about whether their children should receive the chickenpox vaccine or not. “But it is a good vaccine that will prevent chickenpox 85 – 90% of the time, and will prevent 95% of severe secondary complications,” says Professor Butler. “It will save them getting sick, reduce the risk of complications, and save days off school. It has a lot of benefits.”