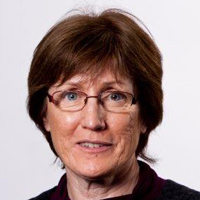 Stroke is a leading cause of death and disability worldwide and will increase considerably in coming decades as people live longer.

Many people are aware of the physical disabilities after stroke but are less aware that of the cognitive problems that can also arise, such as impaired memory and concentration. Often, stroke survivors can find these problems the most debilitating consequences.

Dementia can occur as a result of stroke

The StrokeCog study, led by Professor Anne Hickey at RCSI in partnership with colleagues in Beaumont Hospital and the Economic and Social Research Institute (ESRI), involves modelling and modifying the consequences of stroke-related cognitive impairment through an intervention.

Rehabilitation of cognitive difficulties has received very little attention compared with physical rehabilitation. The StrokeCog study aims to address the lack of research in this area by examining stroke-related cognitive impairment in a number of ways:

Working with patients, family members and healthcare professionals in stroke, to develop and test a post-stroke cognitive rehabilitation intervention in a pilot randomised controlled trial.

A conference is planned for 2020, involving patients and family members, along with national and international stroke experts, in presenting StrokeCog, perspectives and current evidence.