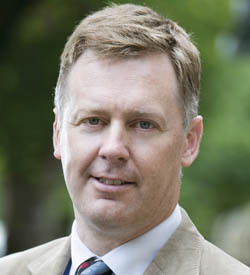 Over the years, cancer research has discovered life-saving diagnosis and treatment solutions. What are its next priority areas? And what could be the next research breakthrough?

On the one hand, Ireland, like so many countries with ageing populations, is experiencing a growing cancer burden. On the other, it is also witnessing an increase in cancer survival rates.

“Survival has been growing at over 1% annually,” says Dr Robert O’Connor, Head of Research at Irish Cancer Society. “That sounds small, but, over a decade, it means that 10 more cancer patients in every 100 are surviving compared to the previous decade. That slow but dramatic improvement has been gleaned from implementing advances in research. Research leads to better outcomes for patients.”

How research has improved treatment

In the first half of the 19th century, a cancer diagnosis was, typically, a death sentence, says O’Connor. But in the second half, advances in surgery, radiotherapy and then chemotherapy were responsible for gradual advances in life expectancy. “Then, in the molecular era, we began to better understand the causes of cancer and its different presentations,” says O’Connor. “That led the way to the identification of more targeted treatments. There have also been major advances in managing and overcoming side-effects of chemotherapy drugs.”

Next priorities for cancer research

Ireland is fortunate to have an active research community. In 2017, a new 10-year National Cancer Strategy was launched which, for the first time, highlighted the need for research — including the discovery of new medicines. “Immunotherapy is in the spotlight at the moment,” says O’Connor. “The challenge is that, currently, it only seems to benefit only some patients.”

Improving the lives of cancer patients is another emerging research priority. “In Ireland we have over 170,000 cancer survivors and one in four will be left with significant disability arising from their cancer or its treatment, such as chronic fatigue, psychological impact and cardiovascular disease,” says O’Connor. “We also need to ensure there is equitable access for cancer treatment, and we need improved diagnostics.

Cancer treatment of the future

In the next 10 years, O’Connor sees opportunities for improvements in:

“I think we will see a lot more people surviving cancer in Ireland in the next decade,” he says. “We have so many talented doctors, nurses, diagnosticians and scientists in this country, and they need support, more resources — and patients  — to get involved in clinical trials to helping prove the benefit of new approaches for future generations .”