Blood cancers are the rarest form of cancer. However, research in the area continues to yield broadly applicable findings throughout cancer research. Immunotherapy is proving a vital alternative. 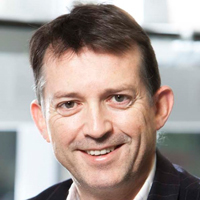 Even combined together, all the blood cancers – such as multiple myeloma, leukaemia and lymphoma – account for >10% of all cancers. However, as Michael O’Dwyer, Professor of Haematology at NUI Galway explains, their impact isn’t in proportion to their rarity.

A lot of blood cancers are very aggressive

“A lot of blood cancers are extremely aggressive and have a disproportionate impact on the mortality rates. They hugely impact costs associated with cancer in general,” O’Dwyer said.

Tissues such as blood and bone marrow are much easier to study than solid tumours associated with other cancers. A number of important discoveries in cancer research have come through the study of blood cancers.

Blood cancer treatment pioneered targeted cancer therapy for other cancer types. Immunotherapy is at the forefront of current alternative treatments.

Immunotherapy is a successful alternative treatment

One such example involves harnessing the cancer patient’s own immune cells to directly target and kill cancer cells. Treatments like this have only become available in the last year.

‘T-Cells’, or lymphocytes (blood cells) that plays a central role in the immune system, are harvested from the patient before being genetically modified using a chimeric antigen receptor (CAR) to better recognise a patient’s cancer cells and then expanded.

These supercharged CAR-T immune cells are re-infused back in to patients, with some of the results for patients in the ‘last chance saloon’ having been ‘spectacular’ according to O’Dwyer. “Many patients have gone in to complete and in some cases, lasting remission from a position of having no hope”. Immunotherapy is saving lives as an alternative treatment.

Immunotherapy as a cure is still in its infacy

First used in patients with advanced blood cancers, ‘immunotherapy’ is still in its primacy. O’Dwyer says “to use a mobile phone analogy, this is a first-generation product at the moment.” He believes that, while well-placed to conduct other innovative clinical trials, Ireland needs significant investment in infrastructure to carry out immunotherapy treatments safely and to ensure Irish patients don’t miss out on this revolutionary therapy.

“Cellular therapy is the next ‘big wave.’ It’s important that Ireland jumps on that wave at an early stage,” he says.

“We need to put an ecosystem in place that will attract companies involved in cellular therapy to relocate here. The more PhDs and research produced within Ireland, the more inward investment we’re likely to attract, as the manpower and expertise is on hand.”