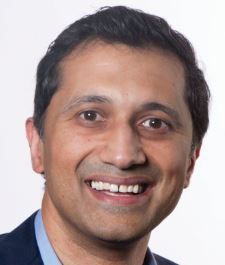 A large majority of us will experience some form of brain illness during our lifetimes, with over half of us requiring therapy for a neurological or psychiatric disease.

Neurological illnesses such as Alzheimer’s disease, Parkinson’s disease, stroke, epilepsy, and multiple sclerosis are now commonly know to us, as are the previously stigmatised psychiatric diseases, such as depression and schizophrenia. Globally, these disorders are now estimated to cost trillions of euros each year.

We are on a long and extraordinarily fascinating journey to discover how the brain works, what happens during brain disease and how we can develop new therapies to cure illnesses of the nervous system.

While our early understanding of brain diseases primarily consisted of clinical descriptive accounts of patients presenting with disorders of movement or indeed troubled or disturbed behaviours, our understanding of brain function is now progressing rapidly. We know the brain is the hungriest organ in our body, weighing typically 2% of body weight but consuming more than 20% of the body’s total energy. We also know the brain is composed of four major brain cells, namely, nerve cells (neurons) and three types of glia cells (astrocytes, oligodendrocytes and microglia), which start to dysfunction in brain diseases. It is estimated that the average adult brain is composed of billions of these cells with trillions of connections between them and herein lies our challenge – that is, to understand how these cells can collectively form the brain, how they dysfunction during illnesses and how we can develop cures to correct brain disease.

Our understanding of brain diseases has been transformed with new molecular techniques, genetic studies and neuroimaging technologies. A major challenge remains, however, to develop drugs that can halt the death and dysfunction of neurons in diseases such as Alzheimer’s disease, Parkinson’s disease, motor neuron disease (ALS) and multiple sclerosis.

Support is available in Ireland

Ireland performs extremely well within the area of neuroscience research. A number of globally recognised scientists working in the area of neurology and psychiatry reside in our universities, with many making important discoveries.  Agencies, such as the Health Research Board (HRB), Science Foundation Ireland (SFI) and Irish Research Council (IRC), have provided much needed support in promoting science in Ireland, for which the country would not otherwise be gobally competitive. With the appropriate support, our scientists have been able to multiply this investment, gaining significant non-exchequer funding, and thus have created additional educational opportunities and job growth.

There are around 700,000 people in Ireland living with neurological conditions, which are cared for by about 32 consultant neurologists. As world experts in their areas, these doctors are responsible for leading the care and management of those patients in our hospitals and neurology centers. The economic societal cost of all neurological diseases in Ireland likely runs into around €30 billion per annum, as extrapolated from the estimated yearly costs for Alzheimer’s disease of over €1.7 billion and for multiple sclerosis of over €400 million. We known that for some neurological and psychiatric illness, as in many physical illnesses, early diagnosis and appropriate treatment can significantly decrease illness burden and improve quality of life. A means to cut associated costs of brain illness within Ireland and, at the same time, to deliver optimal healthcare advantages, would require greater numbers of these highly expert consultants, aiding to a decrease in delay of diagnosis and subsequent duration of untreated illness and a possible reduction in overall lifetime illness severity with improved quality of life for those effected. Couple this with the fact that neurological and psychiatric illness presentations are increasing yearly, an accepted proactive and cost effective step would appear to demand a considerable increase in the number of those consultants within our health care system, and in doing so help to retain those skilled doctors within Ireland.

Ireland performs extremely well within the area of neuroscience research.

The third element in the combat against disease is the creation of novel therapies. Making drugs takes years of investment, with the development of neurological and psychiatric drugs failing more frequently than other medications. As such, it is a continued worry that several large pharmaceutical companies may move out of this area and so limit the future number of new drugs for brain diseases. Ireland has been impressively successful in attracting large pharmaceutical companies, with most of these placing their manufacturing operations here. Both the Industrial Development Agency (IDA) and Enterprise Ireland have been instrumental in attracting such ventures. Even better is that they are now well placed to take first mover opportunity by incentivising companies to conduct research within the area of brain diseases. Such moves could continue attracting pharmaceutical and biotech companies, not only to setup production factories in Ireland, but to establish research centers that provide job growth for our emerging and highly trained scientists.

It is clear that the presentation of neurological and psychiatric diseases are ever increasing for which both current and future hurdles exist. A concerted effort on research, clinical and pharmaceutical fronts will be required to tackle these illnesses and improve quality of life for those affected, for which Ireland has her strengths and remaining challenges.