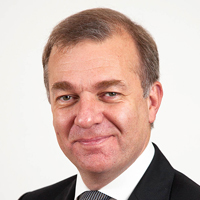 The UK’s scheduled departure from the European Union will have significant consequences on the regulatory approval, supply chain and manufacturing process for companies producing both active substances and final goods in the UK.

The European Union has some of the strictest health and safety manufacturing rules and requirement on human and veterinary medicinal products.

Under EU legislation, authorised manufacturers are obliged to use only active substances that have been manufactured in accordance with the detailed guidelines on good manufacturing practices for starting materials.

In addition, active substances for medicinal products for human use can only be imported into the Union if, among other things, the active substances are accompanied by a written confirmation from a relevant competent authority in the exporting third country, which confirms that the standards of good manufacturing practice and control of the plant are equivalent to those in the Union.

If the final manufacturing site of a product is located in the United Kingdom following Brexit, European Union legislation stipulates strict rules on the importation of medicinal products from third countries. Under EU legislation, importers of medicinal and other pharmaceutical goods must be in possession of manufacturing licenses granted by national competent authorities under Article 40(3) of Directive 2001/83/EC and Article 44(3) of Directive 2001/82/EC. Such licenses may be granted to third-country manufacturers under a number of conditions such as EU-licensed representatives and inspected goods-manufacturing processes.

According to EU-Brexit notices, for centrally authorised medicinal products, marketing authorisation holders must therefore need to specify an authorised importer established in the Union and submit the corresponding variation. Moreover, they may also be required to adapt processes and to consider changes to the terms of the marketing authorisation in order to ensure its continued validity.

Furthermore, when importing medicinal and other pharmaceutical goods from a third-country into the EU, marketing authorisation holders are required to specify an EU-based site of batch control in order to facilitate full qualitative and quantitative tests, among others, on each production batch of at least all active substances as required by the national competent authority.

For further information on how to prepare and mitigate the impacts of Brexit on your business, consult the HPRA, European Commission or European Medicines Agency.