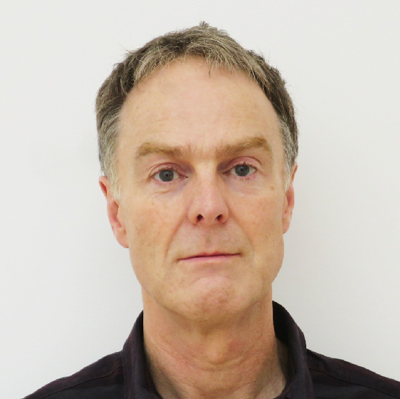 The people who are crazy enough to think they can change the world are the ones who do.

The prognosis for patients in Ireland with blood cancers continues to improve dramatically because of greater access to new, targeted therapies and to important new, collaborative clinical trials.

There are also many dedicated scientists and doctors in this country who are doing cutting edge, laboratory research into a wide variety of haematological conditions, including blood cancers and bleeding and thrombotic conditions.

Myeloma is a cancer of plasma cells, which usually manifests with severe bone disease and/or kidney failure. An antibody therapy that directly targets plasma cells has recently been developed.

A recent phase 1 study by BCNI has just been published in a prestigious American journal, which shows that addition of this antibody therapy to standard therapy for myeloma results in better outcomes.

Current trials run by BCNI include the use of an E-selectin inhibitor in patients with relapsed acute myeloid leukaemia.

In an extremely important development, Cancer Trials Ireland have recently joined the HOVON international cooperative group to participate in trials for acute myeloid leukaemia. Through this partnership, the use of targeted therapies in addition to chemotherapy is being trialled for the first time, for a condition that has not seen any great improvement in survival rates in recent years.

Dr Siobhan Glavey, Consultant Haematologist at Beaumont Hospital and Senior Lecturer at Royal College of Surgeons in Ireland (RCSI), has had extensive research experience at the Dana Farber Institute in Boston, the leading centre for myeloma in the world. She is currently leading a national collaborative study to assess response of myeloma patients to therapy.

Dr Glavey will use state-of-the-art next generation sequencing to look for evidence of residual myeloma in patients, with the aim of fine tuning therapy for individual patients.

In a further important research project, the Department of Haematology at Beaumont Hospital is collaborating with Dr Triona Ni Chonghaile and her team at RCSI to assess the response of patients’ myeloma cells to the combination of chemotherapy and a recently developed molecule which promotes cell death (apoptosis) by inhibiting BCL-2.

CAR-T cells are patient T cells that are genetically modified in the laboratory to become active against the patient’s cancer cells and then reinfused into the patient.

This exciting new form of immunotherapy is showing great promise worldwide in patients with leukaemia and myeloma who have not responded to conventional therapies.

It is expected that CAR-T cell therapy will be available for the first time in Ireland later this year in the Children’s Hospital Crumlin and in St James’s Hospital, Dublin.

Von Willebrand Disease is the most common inherited bleeding disorder, affecting both men and women equally.

The first recombinant von Willebrand Factor replacement has recently been licensed for use in Europe, thus reducing use of blood products to treat this condition.

Dr Michelle Lavin and Professor James O’Donnell, of the National Coagulation Centre, St James’s Hospital and Irish Centre for Vascular Biology, RCSI, had the distinction of publishing a review paper on the management of low von Willebrand factor levels in ‘Blood’, the most prestigious journal in haematology.

In haemophilia, an X linked disorder affecting males, low levels of clotting factors VIII or IX lead to severe bleeding. Recent gene therapy studies are showing that higher levels of Factor VIII or IX can be maintained in the longer-term, holding out promise of cure for haemophilia.

For haemophilia patients who have inhibitors and are therefore resistant to factor replacement therapy, the monoclonal antibody emicizumab has shown marked reduction in frequency of bleeding.