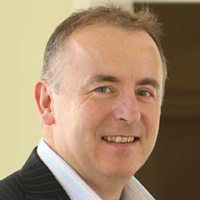 Innovative drug trials have doubled the average survival for people with myeloma in Ireland and, in the future, could make this a chronic rather than a terminal disease.

Survival rates for people with multiple myeloma have doubled in the last decade in Ireland and new approaches to treatment mean more people are surviving longer.

Professor Peter O’Gorman, Director of Pathology and Consultant Haematologist at Mater Misericordiae University Hospital (MMUH) in Dublin, says, “Ten years ago, the median survival rate for people with Myeloma was three years or fewer. Now it is seven years, and a minority survive even longer.

“We are expecting that continued research and clinical trials will further improve those numbers.”

In future, it is possible that advances in treatment could turn Myeloma into a chronic, rather than a terminal illness.

O’Gorman says, “A small group of patients has achieved long-term control of the disease by using a maintenance dose of drugs after initial treatment. We are exploring that development to try to make long term disease control a possibility for a majority.”

How this was achieved

The last decade has seen three major breakthroughs in drug treatment for myeloma as three new classes of drugs have emerged.

The first was proteasome inhibitors (PIs), which are now the backbone of myeloma treatment. Then immunomodulatory drugs (IMIDs) were unexpectedly discovered to be a valuable treatment.

O’Gorman explains, “The first of the IMIDs was being used to treat a patient with another disease when it was shown to have an effect on their coexisting myeloma. Trials in the USA and further research showed that myeloma has a complex support network of cells. The IMIDs disrupt that support network.”

Currently three generations of IMIDs are licensed in Ireland and more are in development.

The third class of valuable myeloma drugs are the monoclonal antibodies. These target the myeloma cells directly and mobilise the immune system against them.

Combining PIs and IMIDs has been shown to have greater effect, as has a three-way combination of IMIDs, PIs and a steroid.

Recent studies have examined the effect of combining drugs from all of the three classes with steroids. Prof. O’Gorman co-led a trial of the triplet treatment with prof. Paul Richarson of the Dana Farber Institute. This trial showed a 93% response rate. A further joint American – Irish trial just funded will open in early 2019 for newly diagnosed Myeloma patients and will combine a triplet with a monoclonal antibody.

Prof. O’Gorman urges people newly diagnosed with myeloma: “Ask your doctors about trials that will give you early access to drugs.” He is a lead researcher with Blood Cancer Network Ireland, funded by Science Foundation Ireland and the Irish Cancer Society, and is working to get patients early access to clinical trials.

“In Ireland, trials have led to us having novel treatments for myeloma, which is one of the reasons our survival rates are comparable to those in the top centres worldwide. We engage actively in clinical trials, primarily through Cancer Trials Ireland, and patients on trials are exceptionally well cared for and monitored.”

Trials also save the exchequer money, because there is no charge for the drugs. “Each trial saves millions of euros,” says O’Gorman.

Meanwhile, the increasing availability of myeloma drugs in oral form means more patients can be treated in the community. IMIDs have always been taken orally, but now an oral version of a PI is available and others are in development. Many other drugs, formerly delivered intravenously, are now available for subcutaneous administration, making them quick to deliver in a day ward visit.

Patients in some areas of the country can also get treatment with one of the PIs delivered at home by a visiting nurse.

“We are aiming at making treatment available in the community wherever possible,” says Prof. O’Gorman. “It improves quality of life for patients and saves money.”