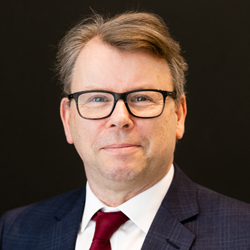 The therapeutic landscape in haemophilia has changed significantly over the past three years but that change may well be surpassed by even greater innovations in treatment options.

All of this change requires an educated and well-informed patient community. Prior to 2016 in Ireland, treatment for haemophilia consisted of regular intravenous infusions of clotting factor concentrates (CFCs). These were recombinant products produced without use of human blood or plasma and had been the mainstay of treatment for almost 20 years with very little innovation.

In 2016, we began to use a new generation of extended half-life (EHL) recombinant CFCs where the half-life in the blood was extended by linking the FVIII (for Haemophilia A) or FIX (for Haemophilia B) to the Fc portion of an immunoglobulin. This allowed for less frequent intravenous infusion and higher trough levels of factor in the blood, providing more protection from bleeding into joints or muscles.

The Irish Haemophilia Society have published outcome data[1] demonstrating that these new products resulted in less bleeding, less chronic pain in damaged joints, less acute pain and less frequent use of pain medication. There was also a significant reduction in the number of activities of daily living adversely affected by haemophilia.

In the past year, a new treatment based on a monoclonal antibody, which mimics the effect of the missing FVIII in Haemophilia A, has been licensed by the European Medicines Agency (EMA) for use in those with inhibitors or antibodies to FVIII. This treatment has resulted in a very significant reduction in bleeding as well as avoiding the requirement for intravenous infusion as this therapy is injected subcutaneously.

One trial has now demonstrated factor levels of 5% to 7% consistently for over seven years after a single infusion of gene therapy using an adeno associated viral vector.

This treatment has also been licensed for Haemophilia A without inhibitors and offers an excellent option to further improve quality of life, reduce bleeding and reduce burden of treatment. This is the first of a series of innovative, non-intravenously infused products to come on the market.

Other treatments in clinical trials include an RNAi inhibitor and several Tissue Factor Pathway inhibitors. These products all interfere with the mechanisms that prevent too much coagulation in people without haemophilia. So, essentially, they seek to treat a bleeding disorder by preventing the breakdown of coagulation. These products can be used for both types of haemophilia and for those with inhibitors.

A cure for haemophilia could be close

A phenotypic cure for haemophilia, after more than 20 years of false starts and false hopes, finally looks to be close. Gene therapy clinical trials for both haemophilia A and B are showing impressive results. A record number of trials are underway.

One trial has now demonstrated factor levels of 5% to 7% consistently for over seven years after a single infusion of gene therapy using an adeno associated viral vector. Other trials since then are showing expression levels between 30% and 70%, with estimates of duration of expression varying from eight years to a lifetime after a single infusion. These exciting developments require an educated and informed patient population.

In Ireland, the community are beneficiaries of bespoke publications on novel therapies, educational videos, regular published updates and, most importantly, meetings and conferences where the intricacies of all of the new treatment options are explained. This has resulted in a culture of innovation where we were the first country in the world to switch all people to EHL products and we have a high participation rate in clinical trials leading to early adaption of novel approaches. We live in interesting times.

[1] Patient Reported Outcome data on switch from standard to extended half life in Irish adults with haemophilia. B O Mahony, A Pasternak, D Noone, M Skinner. Abstract. ISTH Congress, 2019