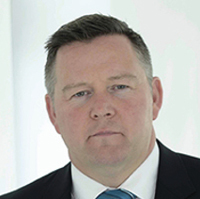 Chronic lymphocytic leukaemia is the most common leukaemia in the western world, affecting around 1 in 30,000 individuals. Ireland sees around 250 new cases each year.

Chronic lymphocytic leukaemia (CLL) is generally a disease of the over-60s and is a blood cancer of B lymphocytes, which are white blood cells of the immune system.

In many instances, treatment is not needed initially and the disease can be observed, which is known as a ‘watch and wait’ disease, but around three quarters of people will eventually require treatment.

Over the last decade, treatment for CLL has changed due to increasing knowledge of the biology of the disease. Various cancer genetic markers have improved the treatment strategies for CLL, enabling more targeted therapies with fewer side effects. These treatments can be more effective than traditional chemotherapies and less toxic, enabling people who were previously ineligible for treatment to have effective treatment and achieve remission for their leukaemia.These drugs include more targeted antibody therapy and oral medications, which target the cell surface and the cancer cell self-destruct pathways.

Ireland has fallen behind Europe in getting drugs to market

The process for new treatments becoming available world-wide normally follows a process of phase 1, 2 and 3 clinical trials before the drug is licensed. Normally a drug is licenced in Europe shortly after or at a similar time to the USA. Once the drug is licensed in Europe each country then decides whether the drug will be available to patients; this is known as reimbursement. Unfortunately, Ireland has fallen behind the rest of Europe. Some of these newer agents are licensed but still not available in Ireland or not available for their fully licensed indication.

The results of these trials are reported in the medical press with game changing improvements in survival and remission rates. This is of tremendous value in encouraging the HSE to make these drugs available to all of the patients who need them and maintain equal therapeutic opportunity for Irish patients in Europe.

Advances in technology – such as next generation sequencing – have enabled efficient methods to read cancer DNA and define patients into low- and high-risk groups. This will eventually lead to a personalised medicine approach, where patients will be treated with the drugs that are most likely to achieve remission, or even perhaps cure, and not exposed to side effects of treatments that are unlikely to be effective or only effective for a short time.

Through its ongoing participation in CLL trials, Ireland has showcased its ability to perform well in clinical trials and, as a direct result of this, has been co-opted into the current German CLL trial CLL13 (through Cancer Trials Ireland) to fund Ireland’s participation. This trial is testing the combination of all the most modern treatments of CLL, by looking at certain drugs in combination as initial therapy, instead of chemotherapy, there is hope this may even be a cure for CLL.

It is of extreme importance that patients are made aware of the availability of these trials through the media and also support groups. The past two years has seen a growing patient focus group called CLL Ireland. The group has been set up by patients, for patients, to boost awareness of the support network available. It’s an opportunity for patients to learn from  each other and meet others who have been living with their leukaemia for many years.

In short, this decade has seen a revolution in knowledge of the disease. Targeted treatments have followed this knowledge and clinical trials have proven their effectiveness. Patients are more aware of their options and appropriately asking about them, and, through their on-going support of clinical trials, Ireland will keep in step with the rest of the world and perhaps one day find a cure for CLL.