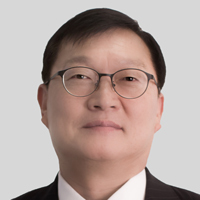 Today, diabetes is a concern for every family – from the parents of children with diabetes to the relatives caring for an adult family member living with the complications of diabetes.

Our current projections suggest the number of people with diabetes will increase to 522 million over the next decade, equivalent to one in ten people.

In 2017, diabetes was responsible for an estimated four million deaths, according to figures from the International Diabetes Federation (IDF). Many of these could have been prevented or delayed.

Governments can help stop the rise in type 2 diabetes by focusing on education initiatives and establishing policesthat support improved lifestyle and dietary choices.

With the rising healthcare and societal costs associated with diabetes – USD727 billion in direct medical costs alone in 2017 – we must think about how the increasing prevalence of diabetes, type 2 in particular, can be slowed down, and, hopefully, reversed.

We all have a role to play but governments in particular need to do more to ensure people with diabetes have access to the medicines and care they require to stay healthy and help us protect family members from developing type 2 diabetes and its life-threatening complications.

IDF recently asked people across the globe to evaluate the governmental response to diabetes. Globally, 44% of people believe their government has a responsibility to provide diabetes care. But only 17% think their government is doing enough.[1]

If governments were to do more, such as providing guidance to the one-in-five health professionals who have not received postgraduate training on diabetes, they would support the prevention, early diagnosis and treatment of diabetes and its complications, which would help to build a more sustainable future. As a consequence, governments would spend less money on treating people with diabetes when it’s already too late. This could be money saved and misery avoided.

This leaves around 90% with type 2 diabetes. In many cases – up to 80% according to some figures – type 2 diabetes can be prevented through regular physical activity and healthy eating habits.

Governments can help stop the rise in type 2 diabetes by focusing on education initiatives and establishing polices that support improved lifestyle and dietary choices. They need to help identify people who are not yet diagnosed and those at high risk, so the medical community can intervene early, before people are left needing treatment for diabetes complications.

Stop the epidemic in its tracks

We firmly believe people with diabetes, and their families, should have regular and affordable access to the care, education and support that is required for them to live a full and healthy life with the condition.

Diabetes is a serious global problem and it is at the point of becoming uncontrollable. Governments can make a significant impact in preventing the unnecessary deaths and disabilities of millions of people across the world. We need to work together to make the changes today that will protect the health of families tomorrow.