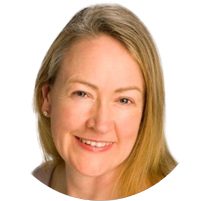 It’s time we took skin care seriously in Ireland. Cases of eczema and psoriasis have increased dramatically in the last ten years. Skin cancer incidents are rising and, while treatment is ever-improving, prevention is key.

Skin disease is extremely common. In Ireland, 54% of the population is affected by skin disease annually with up to 33% of people at any one time having a condition that would benefit from medical care. Some of the most common skin diseases are increasing in frequency, in particular, skin cancer. There has been a significant improvement in treatments available for skin disease, and thus the expectations of successful outcomes to treatment.

Skin cancer is on the rise

Skin cancer is the most common form of cancer in Ireland. Between 1994 and 2011, an average of 6,899 cases of invasive skin cancer were diagnosed per year. The figure for 2018 exceeded 12,000. The high rates of skin cancer are driven by our fair skin type and increased longevity.

Melanoma is much more prevalent in younger people

Melanomais the fourth most common invasive cancer in Ireland and it accounts for 5.2% of all malignant neoplasms in women and 3.9% in men. Over 1,200 cases are diagnosed per year.

Melanoma is disproportionally high in younger people. Over 20% of all melanomas diagnosed in men and 27% in women were aged 15-44 years. Since 2012, the National Cancer Control Programme has introduced a referral pathway for patients with suspected melanomas to pigmented lesion clinics, which are run throughout the country. This has greatly increased access and streamlined the care of patients with melanoma.

The remaining skin cancers comprise squamous cell carcinomas and basal cell carcinomas in a ratio of 1:3 approximately. A key aim of the dermatology community and the health service is to reverse this trend through skin cancer prevention and an action plan engaging numerous stakeholders has been devised under the auspices of Healthy Ireland.

Over 70,000 patients have psoriasis

Approximately 73,000 patients in Ireland have psoriasis and a third will require treatment with systemic medication. The development of systemic treatments such as anti-TNF agents, anti-IL-12/23, anti IL-17, anti IL-23, jak-kinase inhibitors, fumaric acid esters have given patients the real expectation of skin clearance. The increasing recognition of psoriasis as a systemic disease with potential joint, metabolic and psychological co-morbidity has also ensured that patients are more thoroughly screened at dermatology clinics.

Up to 20% of children have eczema:

Atopic eczema affects up to 20% of children and 12% of adults. Many patients are managed successfully with topical treatments, but a certain percentage require systemic treatments such as methotrexate or ciclosporin. New treatments, such as anti-IL4, has also broadened the spectrum of treatments.

What is hidradenitis suppurativa?

Hidradenitis suppurativa (HS) has long been recognised but has remained refractory to many treatments. The approval of the anti-TNF agent adalimumab has improved medical treatment for these patients along with the recognition that in a manner analogous to psoriasis HS can be a systemic disease.

Acne is a very common complaint among adolescents and young adults. It causes significant distress and, in a minority of patients, has the potential to leave permanent scars. Most acne is managed in primary care. Certain types of acne such as scarring acne, acne conglobata and fulminant acne require treatment in secondary care with Isotretinoin.

In addition to the above common conditions many patients have rare skin diseases such as genodermatoses, vascular anomalies, blistering disorders to name a few.

If you have noticed an irregularity to your skin, contact your GP or check the HSE website for advice.