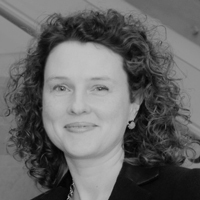 Psoriasis is a common, chronic skin condition, affecting at least 100 million people worldwide, including more than 73,000 people in Ireland. Almost 80% of people with psoriasis will have scalp involvement at some point in their lives.

Psoriasis mainly involves the skin and nails. The most common form is plaque psoriasis, which affects 90% of people with psoriasis. Plaque psoriasis is characterised by red, raised scaly patches with well-defined edges. The plaques can vary in number and size and affect any part of the skin surface, including the scalp.

The scalp is one of the most common sites to be affected by psoriasis, with red, raised, scaly plaques extending beyond the hairline and behind the ears, with the entire scalp covered in the most severe cases.

Psoriasis can be dry and itchy, making the scalp feel tight and uncomfortable. Other symptoms include flaking of the scalp, a burning sensation and soreness. Some people with scalp psoriasis report a persistent itch, which, when scratched, can lead to bleeding. In very severe cases there may be mild temporary hair loss. Scalp psoriasis can cause social embarrassment due to the visible flaking, which often makes people feel self-conscious about their condition.

Getting a diagnosis is important. Most cases of psoriasis are diagnosed by GPs, who are best placed to give advice on how to manage and treat your condition. Sometimes, however, referral to a dermatologist may be necessary.