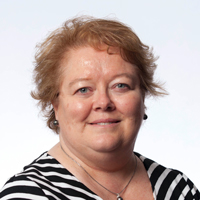 Vaccine hesitancy has been identified by the World Health Organization as one of the top 10 threats to global health. Here, Dr Ann Hogan debunks some of the myths that are leading to vaccine hesitancy and highlights the evidence that shows that vaccines work.

Vaccine hesitancy is the growing reluctance of individuals to get vaccinated or to vaccinate their children and threatens to reverse the progress made in vaccine preventable disease.

Vaccination has brought about the elimination of smallpox, a viral infection, which, in the past, was a very common cause of illness and death (30% of cases), especially in children. Smallpox has been declared eradicated, worldwide since 1980.

Diphtheria, tetanus and polio were common causes of illness and death. Since the introduction of vaccines against these diseases, their incidence in Ireland has declined to minimal levels.

However, we know that keeping these diseases under control is dependent on high vaccine uptake. When vaccination uptake declined in the Russian Federation in the 1990s, there was a major outbreak of diphtheria and over 150,000 cases and 4,500 deaths were reported.

We know that the MMR (measles, mumps, rubella) vaccine is highly effective against measles, with 99% of people developing immunity to measles after two doses of MMR. But we are seeing outbreaks of measles in Ireland and in several countries in Europe where MMR is part of the routine childhood immunisation schedule.

The viruses and bacteria that cause these infectious diseases have not gone away and, as we are seeing with measles at present, outbreaks will occur when uptake of vaccinations falls below optimal levels.

One in 8,000 children who get measles under the age of two will go on to develop SSPE (brain degeneration) several years afterwards.

It is sad when outbreaks of previously-controlled infectious diseases occur in situations of war or other major events, but it is worse when vaccination uptake falls as a result of complacency or false concerns about side-effects.

Vaccines work. They prevent millions of deaths, mainly in children, every year.