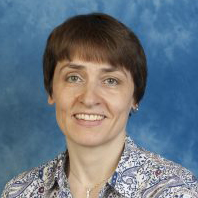 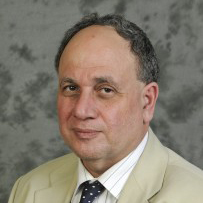 Since its beginning in the 1960s, the National Newborn Bloodspot Screening Programme (NNBSP) has been proven to be a great success in Ireland. The inherited metabolic disorders (IMDs), which are screened for are Phenylketonuria, homocystinuria, maple syrup urine disease, galactosaemia, glutaric aciduria and MCADD. Currently, NNBSP in Ireland only identifies these six IMDs, congenital hypothyroidism and cystic fibrosis.

NNBSP is considered to be one of the most successful screening programmes in medicine and public health. Ireland has a higher incidence rate for many IMDs than most European countries.

Undiagnosed, many IMDs can be fatal

The goal of NNBSP for IMDs is to achieve early diagnosis and treatment, and thus to lower morbidity and mortality rates in children. However, many IMDs carry, unfortunately, a high fatality rate if left undiagnosed or contribute to the burden of childhood disease.

With further advances in medicine, there are better diagnostic and monitoring tools available and new therapies emerging for IMDs, which had previously been considered to be untreatable. The outcomes of NNBSP are overall reassuring, even though these disorders cannot be cured.

We need to be screening for more, treatable disorders

Expansion of NNBSP to include other treatable IMDs (in line with other developed countries) is required to avoid preventable morbidity and mortality among affected children. Evaluation and implementation of NNBSP protocols and guidelines together with collecting clinical data is warranted to minimise disease burden and to ensure the best possible outcome and health services use.

In recent years, clinical services and workload at the National Centre for Inherited Metabolic Disorders (NCIMD), Children’s Health Ireland at Temple Street have shown a remarkable increase, making it one of the biggest paediatric metabolic centres in Europe. The experts at NCIMD have extensive collaborations internationally, which places Ireland every bit as much to the forefront of treatment as other countries. This is a very significant fact, bearing in mind that Ireland is a small country and has only one National Centre for Metabolic Medicine for children.

We at NCIMD strongly support expanding NNBSP for IMDs in the Irish context, but this will only be possible if the necessary resources can be made available. NCIMD has completed a Model of Care as part of its Service Plan, outlining its basic requirements for providing the service as a National Centre. This includes a minimum of two additional consultant metabolic paediatrician posts as well as appropriate nursing posts and other service providers to promote and provide highest quality and research-led healthcare to children affected by IMDs and their families.

We would like to thank our patients and their families for their involvement in our clinical studies and everybody involved in patient care for their highly valuable input. This publication was supported by the Research Department, Children’s Health Ireland at Temple Street.