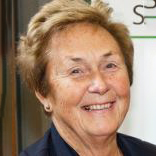 Osteoporosis is a disease which causes the insides of a person’s bones to become fragile and break very easily.

It is known as the “Silent disease”, but the effects are not Silent. Osteoporosis is a major Public Health Hazard with a high death rate for those undiagnosed. €500+ million was spent in 2013 just on treating broken bones.

Osteoporosis is preventable and treatable in the majority of people, but only 15 per cent are diagnosed, leaving 280,000 undiagnosed. Osteopenia is the early stages of Osteoporosis, however more people break bones in this range than with Osteoporosis.

50 per cent of women and 25 per cent of men over 50 have Osteoporosis, and it affects all age groups, including children and pregnant women. This is why it is essential that parents ensure their children have a diet rich in calcium and vitamin D, along with being physically active.

There is a major problem worldwide of low levels of Vitamin D, particularly in postmenopausal women. In Ireland 74 per cent of adults and 88 per cent of primary school children take less than half of the recommended daily amounts of vitamin D. Vitamin D is not only essential for bone health, but is also important for muscle function and balance. A deficiency of Vitamin D can cause rickets in children and osteomalacia in adults.

Unfortunately, Ireland does not have the weather for people to get their vitamin D from the sun throughout the year, which presents problems given that it is essential for the absorption of calcium. Milk supplemented by Vitamin D, fortified yogurts and oily fish are very easy ways to get your daily amounts. A 200ml glass of fortified milk contains approximately 40 per cent of your daily recommended Vitamin D (5ug) and a litre of fortified milk contains the daily amount of Vitamin D.

Osteopenia and osteoporosis are wisepread issues and we must continue to raise awarenes.

A growing number of human metabolic, epidemiologic, and animal studies are indicating that low levels of Vitamin D, appear to be linked to the following conditions: Immune function diseases such as: Breast, colon and prostate cancer) Type 1 Diabetes and Multiple Sclerosis, but further research is required to prove and understand these links. Low Vitamin D levels have also been associated with TB and Fibromyalgia, and low levels this vitamin in a person can mimic the aches and pains of fibromyalgia.

In more extreme cases, a lack of absorption of Vitamin D may occur in gastrointestinal disorders such as Coeliac Disease (gluten sensitivity), Crohn’s disease or Ulcerative Colitis.

It is important to note that many people who get the blood test for Coeliac disease are negative. A person can be gluten sensitive, but not a true Coeliac. Therefore if a Coeliac test is negative but symptoms persist, a gluten and wheat free diet may reduce or eliminate symptoms.

There are nearly 200 causes of bone loss. It’s time to ask the question: do you have any risk factors? It is essential that any causes of bone loss are found and addressed, not assumed. The causes can be found by blood tests and an extensive questionnaire. Some of the most common causes are: low levels of vitamin D, family history of a broken hip, the menopause, steroids, chemotherapy, eating disorders, stress, excess alcohol consumption and smoking to name a few.