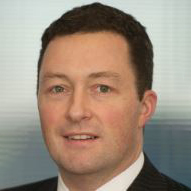 Mr Stephen Kearns gives insight on technology versus track record when it comes to hip replacement.

The science of hip replacement has progressed significantly since its inception and remain one of the most successful medical procedures ever devised. There is a huge choice of devices from multiple manufacturers available, but the newest or most expensive are not always the best choice.

“Patients often ask for the newest technology but hips have to last as long as possible. So, in fact, the best choice balances the latest technology with a proven track record and take into account the individual patient,” says Mr Stephen Kearns, Consultant Orthopaedic Surgeon, Galway University hospitals.

A total hip replacement consists of a metal and/or plastic cup to replace the natural socket and a ball replacing the natural head of the femur. A stem is placed in the cavity of the femur to support the artificial head. The most commonly used in Ireland today are those with a metal ball and a polyethylene (‘poly’) cup.  However hips can be implanted as an all ceramic combination or just a ceramic femoral head.

There is however one other option: the ceramicised metal ball and poly cup. The ceramicised ball is created by heating metal to high temperatures, converting the surface layer into a ceramic.

The best choice balances the latest technology with a proven track record.

To clarify which is the best option surgeons worldwide have been collecting data on patients after hip replacement in joint registries. Data from one of these, the Australian Joint Registry, shows that after ten years ceramicised metal on poly joints require revision (replacement) in 3.3 per cent of cases whereas for metal on poly the figure is 4.3 per cent. Hips comprising ceramic on poly had a  4.6 per cent revision rate and ceramic on ceramic 5.1 per cent. Similar trends are seen in registries world wide.

The use of cement is also an issue.  A majority of hip replacements in Ireland are cemented – the pin is secured into the cavity of the femur with cement. Where cement is used it releases chemicals into the bloodstream, in rare cases causing cardiac issues. Hips can be implanted without cement, these hips are securely implanted (hammered into place) and then have a special coating that makes the bone grow onto the stem. Cement may be a good choice where the bone is thin or the cavity of the femur is very wide. However both cemented and uncemented hip components have demonstrated excellent results.

Overall, he insists: “No one material or procedure suits everyone. The choice should be based on the individual patient and the experience of the surgeon.”