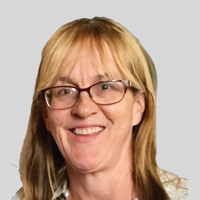 1% of the world live with rheumatoid arthritis, that’s 21 million people: 45,000 of those live in Ireland.

Rheumatoid arthritis (RA) is a chronic progressive autoimmune disease which affects the synovial joints predominantly of the hands and feet, in a symmetrical distribution.1 Chronic inflammation results in progressive joint damage which results in arthralgia, joint deformity, decreased functional ability, prolonged disability and sometimes premature death.2 It is estimated that RA affects 21 million people worldwide equating to a prevalence of 1%3. There are about 3 million people living with RA in Europe and according to Arthritis Ireland 45,000 people suffer from the disease in this country.

RA is twice as common in women as men and the usual age of onset is between 35 and 50 years.

It was not until 1922 that rheumatoid arthritis was distinguished from gout and osteoarthritis, although it had featured in the paintings of artists in the seventeenth century.

Rheumatoid arthritis mainly affects the synovial joints, but many patients have extra-articular manifestations which can be serious. In particular, there is a substantial excess of infection and vascular disease; 50% of deaths in RA patients are attributable to cardiovascular disease resulting in heart failure, stroke and myocardial infarction4 which can shorten life expectancy anything from three up to 18 years5.

Comorbidities in patients with chronic diseases including RA have been shown to be under-recognised and under-treated with wide variability existing between countries with respect to their prevalence, detection and compliance with recommendations for prevention and management6. Guidelines published by the European League Against Rheumatism (EULAR) advise aggressive management of these traditional risk factors with tight RA disease management to try and combat cardiovascular disease for these patients7.

As our department is similar to others in Ireland, we are engaging with others in Galway and Sligo to examine RA and CV more closely. All of this work highlights a need for more targeted treatment of cardiovascular risk and has led us to consider establishing an ANP-led cardiac clinic here in Cork University Hospital to address this deficit. A cross sectional study performed recently in our unit showed that for the most part RA patients cardiovascular risk was grossly undertreated hence the need for an ANP led clinic.